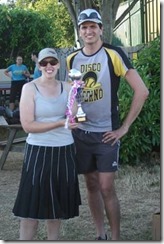 2018 was the year the Rascals won their first ever trophy with victory in the “Grove” Final at Disco Ball. This was the third time the Rascals have entered this Disco themed development tournament and the first time they have progressed beyond the semi-final stage.

Made up mostly of the team that was putting in good league displays but getting little reward, there probably wasn’t much optimism that the team would get any future than in past years.

It is amazing what a lot of glitter can do for a teams performances.

Getting their Grove on Early 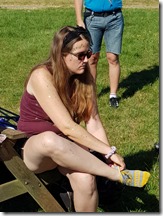 The Rascals got off to the best possible start with 10-5 win over Baffins. In a small group event, winning early is key and while the Baffins had fought back from 6 runs down, the Rascals showed early league form and held their nerve and the lead.

A “W” on the board and time for a Mexican, Mexican Mashup to be precise. This was a game decided by a tactical mistake by the Mashup. Their pitcher has a game to forget and it was a mistake not to replace them sooner than they did. Unfortunately, by the time they did two innings in, the damage had been down and the 14 runs had been conceded. The Mashup did very well to pull it back to 16-13 and it was even their grasp to win the game, but the Rascals showed resilience and not a small amount of skill to end the game on an outstanding tag play at the plate to end the Mashups revival. 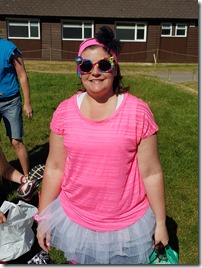 Unbeaten going into the last game!

The last game of the group stages was a match-up of the two unbeaten teams. This was indeed uncharted territory for the Rascals. Usually this is when they working out which final they will be going to watch. The opponents, Bristol Bam, would test the Rascals to the full. The Rascals did very well and kept in the game, they pushed Bristol Bam all the way, but in the end just fell short going down 7-4.  This was just a minor trip on the Disco floor. Two wins and only 1 defeat, this was already a good day.

Second in the group meant a semi-final against Game of Throws, a familiar foe on the tournament scene. On paper, Game of Throws where the stronger, more experienced team, but Rascals started on the front foot took an early 5-3 lead and following some power hitting and intelligent base running took the game 12-4 with an impressive performance.

Victory in the Semi-final set up a final against the Tournaments host team, Disco Inferno. It isn’t good form to beat your hosts at their own party, so totally against protocol the Rascals raced into an 8-0 lead. Whether it was shock, or maybe manners, but the Inferno let the Rascals play. When they did finally get something going late on and get on the board, it was too late to stave off the inevitable. The Rascals saw out the final inning of the game and were very deserved 9-3 winners, and off to lift their first trophy. 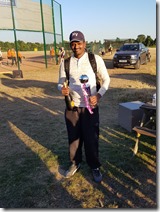 This is a fantastic achievement for the club’s development team, the new players excelling themselves and were ably led by Silvia Rosenmayer. To top it all off, Bala then picked up the MVP award for the final.

We run sessions on Friday’s throughout the year to enable anyone interested to try Softball. If you think you would like to give Softball a try, or to learn more about Maidenhead Softball Club and to get involved in Softball, contact us on maidenheadsoftballclub@outlook.com.